Here are some other books you might like. They are part of the Poetry for Young People series published by Sterling Press. You can probably find them in the library. I got to choose the poems to include in the book. Then  I decided what order I wanted them in. After that, I wrote an essay about the author. So I am considered the editor of the books.

I had to do research about the life of the author for each book. One of the things I had to decide  was if I’d write the essay for young children to read or aim it for older children. I decided to make it about right for fifth graders and above because young children can to enjoy the books with their parents. A parent can read the essay to them or read the essay and tell them about it. 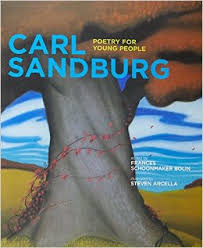 I also decided that a lot of the poems children might love had words that don’t exactly  trip lightly off the tongue. So I asked the series editor if we couldn’t put some definitions at the bottom of each page to help people along. There were some of the words I didn’t even know!

I wasn’t the only editor. The series editor worked for the publisher to oversee the book from talking with me about the idea to the final printing of the book. Once I turned in the manuscript, the publisher gave it to an illustrator. Sometimes the illustrator wanted to change the order of things because he or she had an idea about which poems would make good full-page illustrations and how a group of poems might look good with a similar visual. Sometimes I thought that would disrupt the order I’d so carefully planned. So there was some negotiation that went on. The series editor would talk to the illustrator, then with me, then with the illustrator, until we came to an agreement.

It was like that for each book. You can see from the covers that each illustrator was different. Each one had different ideas about how to interpret a poet’s work. That makes the series even more interesting, I think, even though it wasn’t easy. 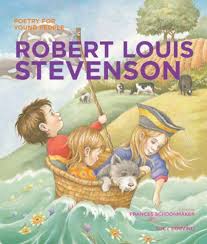